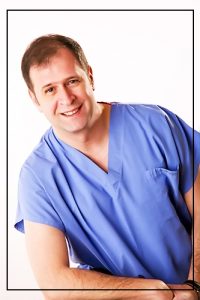 Prof.Dr. Cuneyt Ozek was born in 1964, in Izmir. After graduating from Ankara Fen Lisesi (Science High School) in 1982, he has completed his medical degree from Hacettepe Medical Faculty, Ankara, in 1988. He passed the ECFMG examination in1992 (The Examination of Educational Commission for Foreign Medical Graduates), After three years general surgery residency in Kartal State Hospital, Istanbul, he has started his plastic surgery training in 1992 at the Department of Plastic Reconstructive and Aesthetic Surgery, Ege University Faculty of Medicine, Izmir. He completed his residency and became a specialist in the field of plastic and aesthetic surgery in 1997.

During his residency, in 1995-1996, he has been granted the research fellowship in the department of Plastic and Reconstructive Surgery, in Stanford University, Palo Alto, California, USA. During his fellowship he has conducted scientific research on microsurgery. And published them in the most prominent journals of plastic surgery. During this period he also was a part of the operating teams in the private practices. He had the chance to operate together and learn from legendary names of plastic surgeons such as Dr. Harry Buncke, Dr. Donald Laub, Dr. William Lineawaever, Dr. Feng Zhang, Dr. George Commons. He further refined his technique in microsurgery; liposuction and body contouring surgery; aesthetic surgery of the face, nose, breast and periorbital area. At the same time he had the chance to write two book chapters about transsexual surgery with the most prominent name of the subject, Donald Laub. And also he observed the work of Steven Hoefflin, from L.A.

He is a clinical associate professor in the department of plastic surgery at Ege University Medical Center, where he participates in training plastic surgeons in the Residency Program and medical students.

Prof.Dr. Ozek is the member of the Editorial Board of the most well known Microsurgery journal, ‘Journal of Microsurgery’ since 2000. He is also the member of editorial boards of journals, like Turkish clinics, and Ege University journal.